Matrix Wiki
Register
Don't have an account?
Sign In
Advertisement
in: Exiles, Affiliations, The Matrix,
and 5 more
English

Edit
watch 02:19
What are Exiles?
Do you like this video?
Play Sound

Exiles were programs that had malfunctioned, outlived their purpose or had been replaced by newer and more efficient programs, but refused to submit to deletion or return to the Source.

The Matrix was home not only to human minds and the Agents that policed them, but also a myriad of other self-aware programs that filled various roles in its maintained authenticity; everything from weather phenomena to animal behavior. As long as these programs functioned properly, they were more or less unnoticeable. But there were those which malfunction after a time.

These rogue programs — artificial minds that no longer worked for the system — were rarely recognized by people in the Matrix. Few people saw them and fewer still realized what they really were. Because of their seemingly metaphysical qualities, most bluepills mislabeled them either as strange humans or paranormal creatures such as ghosts, angels, vampires, werewolves, aliens or other such beings.

Reasons for programs to choose exile differed, as they were sentient beings with free will similar to humans'. The most common reason was the sentence of deletion. If a program had become inefficient, disobedient or merely obsolete, the result was the same: it lacked purpose and thus would be terminated by the machine world. To evade this sentence, they remained in the Matrix and existed with fugitive status.

To stay in the Matrix, most Exiles required some interaction with the Merovingian who, through his control of the Trainman, controlled traffic between the Machine World and the Matrix. Exiles also used a human "shell" in the Matrix, although this is not expanded on in the films. Presumably, a shell was a human body which was still jacked into the power plant which the Exile could occupy, in a similar way to Agents. However, it is known that there existed a "kill-code" for a given shell, enabling the occupying program to be deleted should the Merovingian choose this action. Rama Kandra and Kamala bought passage to the Matrix for their daughter Sati by providing the Merovingian with the Oracle's kill-code.

For the most part, Exiles acted and looked human, but their motivations and perceptions were not human. They possessed abilities that bluepills and inexperienced redpills would consider to be supernatural and they seemed not to age — they'd never die unless deleted. This was quite a hard feat without the aid of a kill-code program, usually related to the weaknesses of their supernatural counterparts.

The Oracle explained to Neo that the appearance and abilities of Exiles were the result of the system's attempt and failure to re-assimilate the rogue program. Most sightings of Exiles by humans occured when the programs were going through this stage; It is a very painful process that disorients the program to the point it will sometimes appear in public places.

Given how Smith referred to Sati as being the last exile, it is very likely that he assimilated all of the surviving Exiles, though the fact Seraph was with Sati at the time (and not assimilated yet) makes it possible that he simply meant that she was the last exile to enter the Matrix.

Exiles deeply hated and feared Agents, who have presumably attempted to hunt and kill them for years for disobeying the Source. In an Agent's eyes, Exiles were less than humans and had to be eliminated to maintain order. Considering how the Twins reacted when faced with an Agent during the freeway chase, it is likely they had many encounters with Agents.

What made Exiles so different from Agents and what allowed their continued survival in the Matrix is that they were autonomous — independent of the instructions of the Source or their own primary program. As a result, an Exile could plan more effectively and unconventionally in a fight while an Agent was constricted by rigid thought patterns. A smart or experienced Exile could easily outwit and even defeat an Agent in battle.

Free thought for an Exile could be either a blessing or a curse. For some it opened up whole new avenues and could help them with their continued survival, but for others, like Smith, the concept and experience could drive a program insane.

However, Exiles like Smith may be considered more than even Humans and caused Agents some degree of fear. Considering Agent Thompson's reaction during his encounter with Smith moments before being assimilated, it was likely that Smith, having become an Exile, had become such a threat that even Agents feared him.

Exiles had apparently been present since the creation of the first Matrix and some of them were extremely old. The Oracle referred to the Merovingian as "one of the oldest among us". Quite a large number of Exiles seemed to have originated in the earlier versions of the Matrix, the two Matrix betas before the final version. They were considered obsolete or impractical when the final version of the Matrix was developed and were supposed to be deleted when the current version was activated.

However, many evaded deletion by choosing exile, surviving in the rebooted new build of the Matrix by hiding from Agents. The Merovingian himself was the Operating System of the second Matrix beta and many of his henchmen were various "Monsters" who survived with him from the Matrix betas. Over time this initial large wave of Exiles was also joined by programs from the final Matrix who became obsolete or malfunctioned.

The exact relationship between Exiles and the human rebels from Zion has been mixed. It is not clear if the inhabitants of Zion were even aware of the Exiles before the events of The Matrix Reloaded. Unlike Agents of the Machines, who attacked Zion rebels on sight, Exile programs such as the Merovingian were at least willing to deal with the human rebels or conduct transactions with them. Both groups tried to subvert or evade the authority of the Machines and their Agents. However, on a general level Exile programs did not support the goal of destroying the Matrix outright, which the human rebels of Zion strove for, because they existed within the Matrix itself and thus its complete destruction would also destroy them.

Sixty years after the Machine War, all of the Exiles are believed to have been purged by the Machines. However, The Merovingian and several others are shown to have survived, although the Merovingian has lost his prestige, power and most of his sanity. 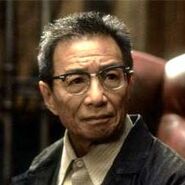 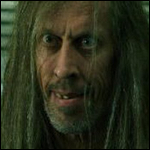