This page chronicles the history of the Matrix Universe and the events that took place in it. 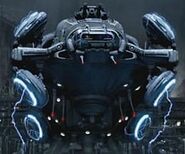 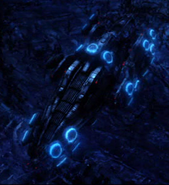 Note : The Following Dates are based on Speculation

Events of The Matrix - believed to be around 2199, but later revealed to be truly closer to 2699:

The events of The Matrix Reloaded and The Matrix Revolutions happen back-to-back, and in Reloaded Morpheus indicates that about six months have passed since Neo's powers as the One awakened at the end of the first film. Given that in-universe dates are only approximations, calendar years are somewhat irrelevant: while this six month gap could have occurred entirely within the year "2699", for the sake of clarity, this timeline presents that the end of this six month time skip rolled over into "the year 2700" (more or less).

Moreover, the events of the Enter the Matrix tie-in video game, including live-action cutscenes, happen more or less concurrently with The Matrix Reloaded.

Events of The Matrix Reloaded:

The events of The Matrix Online. It is as-yet unclear how "canon" its events should be considered. The story of the MMORPG occurred in real time from 2005 to 2009, across four years. Thus within the narrative it began around 2701 with storylines lasting through 2705.

Roughly 60 years pass between The Matrix Revolutions and The Matrix Resurrections. The date "2759" is used here just a placeholder, not factoring in that time passed between the first and second Matrix films, to keep with the "2199" aesthetic. Even the "2199" figure given in the first film was just a rough guess (and as it turned out, off by 500 years).