Humans are a species of highly derived bipedal sophonts (specifically they are primates within the class Mammalia) endemic to the planet Earth. This species battled the Machines in the early 22nd century for their freedom.

The first species in the genus Homo evolved from the genus Australopithecus. Eventually they developed stone tools and primitive weaponry. The first humans evolved in Africa and later spread across the globe; replacing other hominid populations in areas they colonize, most notably Neanderthals, which they interbred with (every human outside of Africa possess a tiny amount of the Neanderthal genome).

Then the Toba eruptions had reduced their population severely and thus a genetic bottleneck began, hence the small differences (genetically speaking) despite their differences. At the end of the Holocene epoch, the rising temperatures began to accumulate to denser woodland. Humans had wiped out megafaunal species prior to the rise of agriculture. Agriculture then became common and the population density across Earth began to rise rapidly. Despite this humans still evolved, examples include the reduced size of wisdom teeth, and immunity against lactose.

The humans were a race that had been constantly developing. In the early 21st century, the humans developed the first Artificial Intelligence (AI). They began to live in luxury as the Machines worked for them. After some years of enslavement, some Machines began to revolt against their masters. Soon after the Machines isolated themselves from the humans but kept on selling technology to humans from their city 01.

The humans were being slowly defeated in the Machine War and as a last desperate attempt to kill the Machines by cutting off their main source of power, The Sun, they released nanobots into the sky and thus scorched it. After the failure of the attempt the humans surrendered to the Machines. As per the truce, the humans were then used as batteries by Machines.

There were entire fields where the humans were no longer born but "grown". Despite this, human beings that are grown are capable of reproducing natural human beings, indicated by their lack of injectors for the Matrix. After several years, some humans began to resist the Matrix used to enslave their minds. Those people who were able to escape established an underground colony called Zion from where they staged the Resistance against the Machines. One of the many humans in the Matrix was born with special powers which enabled him to manipulate the Matrix at his will. The man was known as the One. After five cycles of Zion being destroyed and remade, the cycle was ended by Neo.

Neo was one of the 250,000 free humans in Zion at the time. The humans were preparing for another war against the Machines. 250,000 sentinels were digging the underground fortress of Zion. Commander Lock had prepared a strategy to hold off the attack, which was completely foiled by the actions of Bane, who triggered an EMP, taking down five hovercrafts instantaneously. Only few of their hovercrafts remained battle effective.

The humans prepared their infantry to guard the Dock. After most of the APUs were lost against the Sentinels, the Hammer came and triggered the EMP that destroyed most of the sentinels in the Dock but also deactivated the complete defense system of the Dock. The humans went into a Last Stand at the Temple, prepared with all the strength they could muster, but the time to use that strength never came.

Meanwhile, Neo, The One was going to the Machine City, in the Logos which was piloted by Trinity, with hopes of ending the war. Trinity lost her life as the Hovercraft crashed into 01, but not before soaring over the scorched sky and seeing the Sun's beauty. Neo made a deal with Deus Ex Machina, the leader of the Machines according to which Neo will kill the Rogue Agent Smith, who has now taken complete control of the Matrix, and the Machines would retreat from Zion. Neo sacrificed himself in order to destroy Smith. This selfless action brought the Machine War to a Truce.

The humans used a variety of weapons to battle the Machines. Most prominent were:

an example of an Assault rifle.

Another version of an Assault Rifle.

Humans socializing while Machines serve them.

Humans in the late 21st century losing money of 01 products

Human Soldiers in their last moments

Humans being experimented by the machines 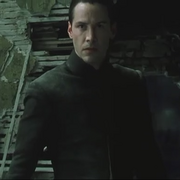 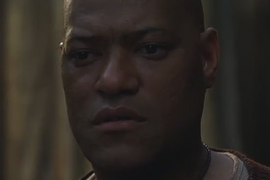 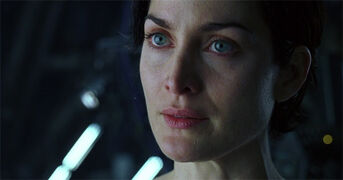 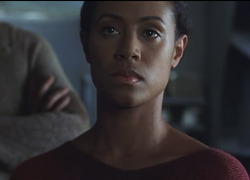 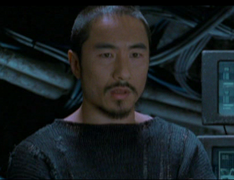 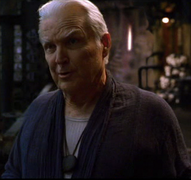 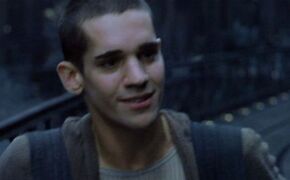 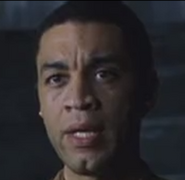 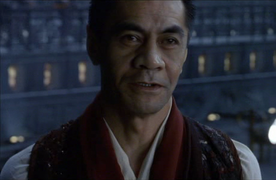 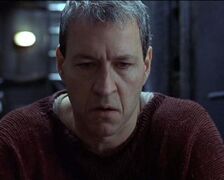 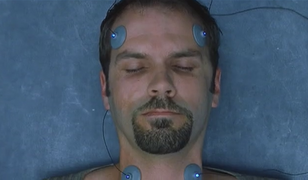 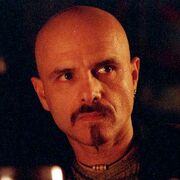