Matriculated is an episode of The Animatrix written and directed by Korean American director Peter Chung, creator of Æon Flux.

The film deals with a group of above-ground human rebels who lure a hostile intelligent sentinel to their laboratory in order to capture and insert it into a construct "matrix" of their own design. Within this Matrix, the humans attempt to teach the captured machine some of the positive traits of humanity, primarily compassion and empathy.

The ultimate goal of this project is to help the intelligent machines develop free will in order to override their original "search-and-destroy" programming.

The rebels' hope is that, once converted of its own volition (a key point discussed in the film), an "enlightened" machine will assist Zion in its struggle against the machine-controlled totalitarianism which currently dominates the Earth.

After capturing one of the "runner" robots, the rebel group place it into their construct, where they playfully tease it, running away from it. The robot, who is programmed to attack, chases them. They show it what it is like to experience human emotions. Finally to complete the transformation, they give the robot a new avatar, one of human form.

The group is then attacked by the Machines and all the on-screen rebels are killed except for Alexa, who is saved just in time by the successfully 'converted' robot. Seeing Alexa injured, the robot jacks her into the construct before jacking itself in. Alexa regains consciousness and screams in horror, realizing that all of her group are dead and that her fate is to be trapped in the virtual reality forever, with only the robot for company. She then succumbs to her injuries afterward and the final scene is shown similarly as the first scene in the beginning, except with the runner being in the same spot and position Alexa was in, looking towards the ocean. 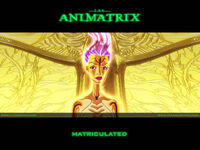 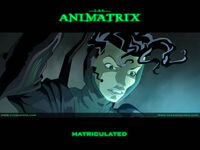